Travel along a Mystical River

Kamenka River used to cross the city and divided it into unequal parts. The magnificent merchant quarters and the shiny domes of the Opera Theater stood on one side of the river, while, on the other, small residential houses huddled together in tiers. You will experience the spirit of the times in the old officers’ barracks on Topolyovaya Street, discover many interesting facts about the history of the city, the ups and downs of life in the Kamenka River valley, and the story of the how the river valley was filled in. Guide — Igor Kostylev. Meeting point: square in front of the Aura Shopping Mall (corner of Voennaya Street and Ippodromskaya Street).

A monument of history. The garrison was the soldiers’ barracks. One of few multi-storey brick building’s built in Novonikolayevsk in the early 20th century.

The cultural center will introduce you to Japanese traditions: take part in a tea ceremony, a hieroglyphics master class, and visit the museum.

The bridge was built in 1926 to establish a transport link between the city center and Zakamensky District. Once tall and modern, it was one of the main city river crossings. The bridge initially crossed the Kamenka River, but since the 1970s the river has been hidden in the sewers. In the 20th century, the bridge was associated with criminal legends. Today, Ippodromskaya Street passes under the bridge.

Routes in Novosibirsk
An excursion through the gardens with stories of the old Barnaul Highway, life in the ancient local settlements, and scientific discoveries.

Routes in Novosibirsk
Walking tour to the mysterious historic building at 22 Krasny Avenue.

Walk Along the Mikhailovskaya Embankment

Routes in Novosibirsk
Walking tour along the embankment that marked the beginning of Novonikolayevsk.

On the Trail of the White Wagtail

Routes in Novosibirsk
A breathtaking walking tour along the banks of the Ob with a story about Novosibirsk’s flora and fauna.

Quick As the Wind

Routes in Novosibirsk
An excursion to the Novosibirsk Racecourse for the most active visitors. 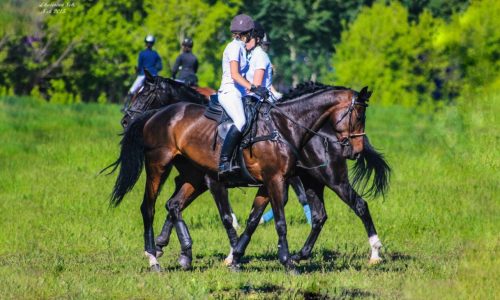 Routes in Novosibirsk
Visitors will dive into the city’s history and learn about the construction of residential quarters and universities in Novosibirsk’s left bank area.

Where Novosibirsk Emerged and Was Burnt to the Ground

Routes in Novosibirsk
Visitors will travel through time and space.